The District is located in northwestern Harris County, approximately 22 miles from Houston’s central business district. It is bounded on the south by Louetta Road and Kleinwood MUD; on the west by Harris County Water Control and Improvement District No. 119 and Louetta North Public Utility District; on the north by Spring-Cypress Road; and on the east by Stuebner-Airline Road and Harris County Municipal Utility District No. 24. The District is within the boundaries of Klein Independent School District and the exclusive extraterritorial jurisdiction of the City of Houston.

According to the Engineer, based on information obtained from the Harris County Engineering Department, only approximately 3 acres (a portion of M.N.W., Section 1 along Theiss Gully) of the District lies within the 100-year flood plain. 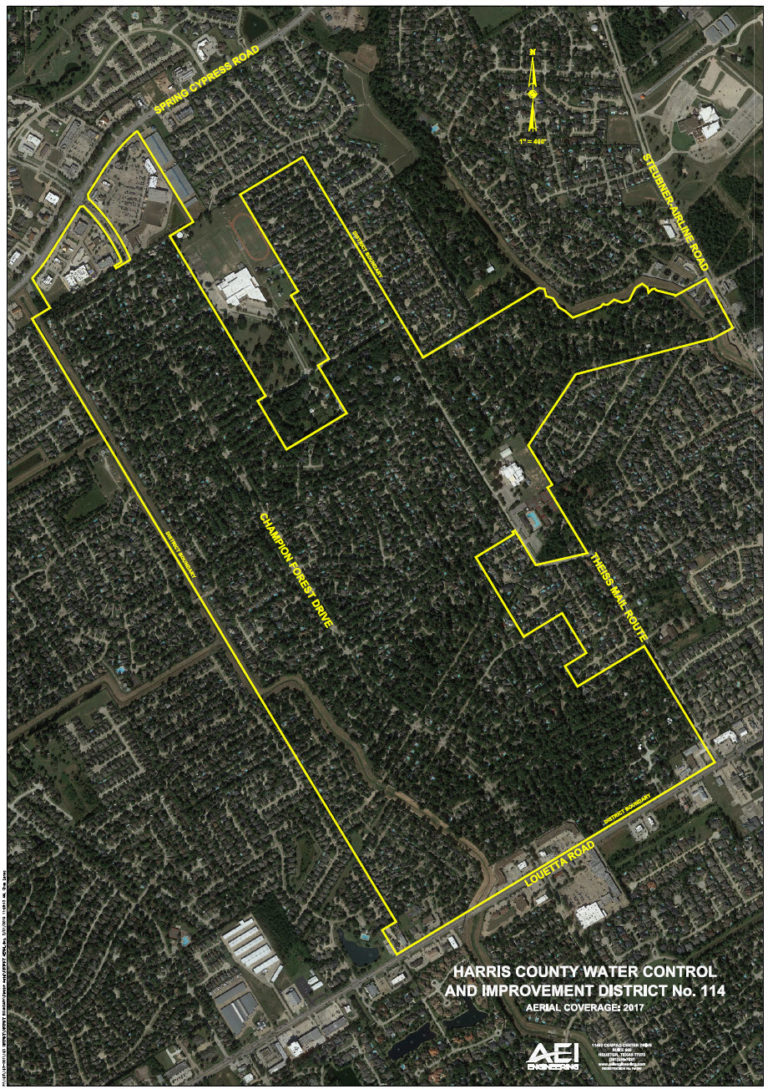