As many of the residents of Memorial Northwest subdivision discovered Saturday evening, October 22, 2022 [while Harris County WCID 114 serves the majority of MNW, a portion is served by Harris County MUD 24, which was not impacted], their water pressure began to fall and the water started to turn brown [as a result of the low pressure] around 5:00pm. Shortly before that a 12-inch main water line located beneath the parking lot which serves the Firestone and CVS stores [southwest corner of the Louetta/Champion Forest Drive intersection], broke. To put the size of the broken line into perspective, the service line connected to your water meter is typically a 1-inch pipe. Many of you witnessed, Saturday evening, water gushing up through a drainage culvert along Louetta, and water pooling on the south side of the road.

In order to locate the break and fix it, water had to be pumped out and equipment brought on-site to dig down to this main water line, which is located approximately 10 feet below ground. Getting to the broken pipe was complicated by the fact that it runs beneath a 36-inch concrete drainage pipe and there are other utility lines, including a sewer line, a natural gas line and a fiber-optic cable, in the immediate area of the break.

WCID 114’s operator, Eagle Water Management, and its contractor worked around the clock to repair the broken pipe. A section was cut out and replaced, and service was restored around 3:00pm Sunday, October 23, 2022. As the system had to be re-pressurized, notice was posted to this website and signs installed at the entrances to MNW, asking you to boil your water prior to using it for potable purposes [for example, drinking, cooking, brushing your teeth and similar uses where you might ingest water]. The District anticipates lifting this warning very soon, and you are encouraged to continually check back at this website or call Eagle’s customer service department at 281.374.8989.

So…why did the pipe break? It appears that the 36-inch concrete drainage pipe, which lays on top of the District’s main water line, settled and caused the break. Louetta Road is a heavily traveled road, traversed by large and heavy trucks [18-wheelers, dump trucks and garbage trucks for example], which creates vibration and can cause movement below ground. Also, the ongoing drought has caused underground pipes to shift—the District has had to repair an inordinate number of service-line breaks this year. Note that the District’s fresh-water supply lines and gray-water sewer lines run for miles underground and portions of WCID 114’s infrastructure were created in the early 1970s when development of MNW began. Consequently, the District constantly monitors the system for leaks and failures [for example, several years ago the District spent approximately $4 million to pro-actively re-line all of the District’s sewer pipe], and will continue to do so. 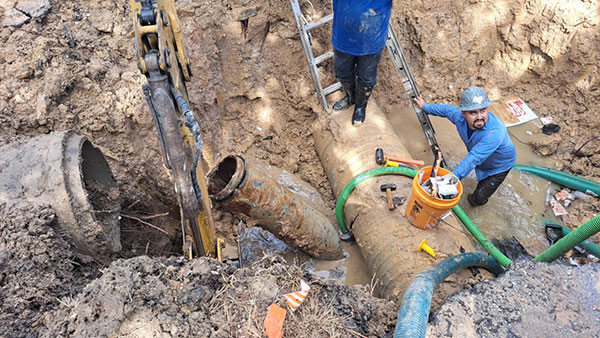 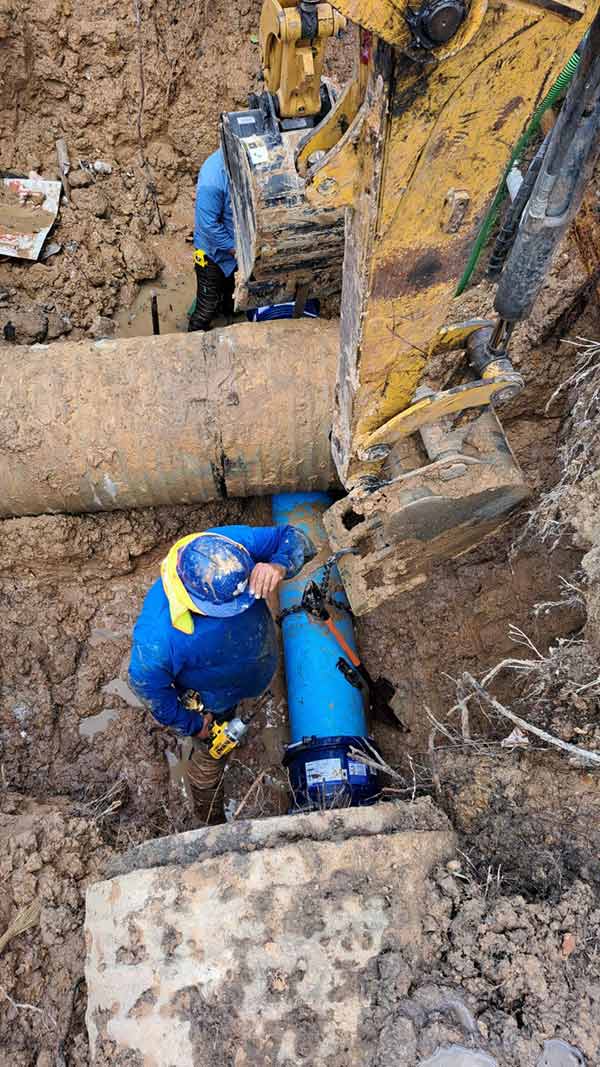 Increases in water rates related to conversion to surface water; please see What Are the Different Charges On My Water Bill for additional information. The NHCRWA website and newsletter below explain pretty well what is happening with water rates:

Harris County WCID 114 has teamed up with First Billing Services to provide more payment options to our customers.  You can pay by credit card, debit card or eCheck.  Visa, MasterCard, Discover, and Amex are all accepted.

First Billing Services assesses a fee of 3.99% for each Credit/Debit card and 99¢ fee for each eCheck transaction.

The above options are not available for returned payments/checks or terminated-service payments. Customers with returned check, returned account fund items and terminated service must come to the Eagle Water Management office located at 5118 Spring Cypress Road, Spring, Texas 77379 with a cashier’s check or money order to settle their accounts.

Please note that neither the District nor the Providers listed above will be responsible for your payments being late.  Should you have any questions regarding the payment options, please call 281-374-8989.

For more information or assistance with registration: